"All these words I don't just say, and nothing else matters"
Haut 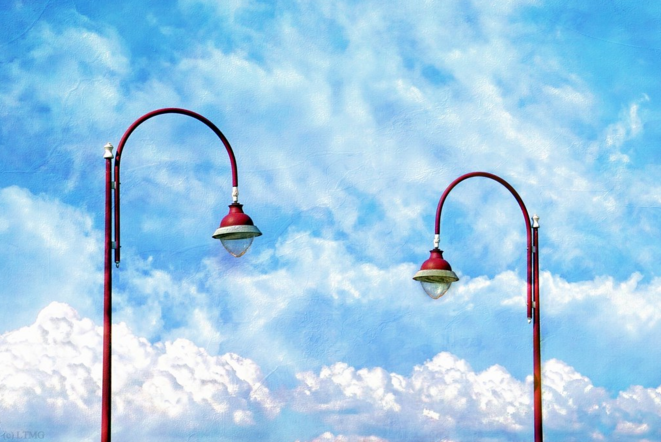 Girls with autism are often misdiagnosed, but a new graphic novel aims to put them in the picture.

At secondary school, they become the “leftover girls”, drifting, alienated and often miserably lonely because the other teenage girls won’t accept them. It’s not that autistic girls don’t want friends – they are as desperate for friends as any teenager – but in a world which denies, rejects and ignores them, they are simply not wired to understand the only social role available to them: that of a neurotypical girl living an ordinary life.

Dr Sarah Bargiela wants to reach these girls. With illustrator Sophie Standing, she has written Camouflage: The Hidden Lives of Autistic Women, a graphic novel that transforms the growing mass of dry, scholarly research on autism and women into intriguing science facts and moving personal accounts.
Sign up for Lab Notes - the Guardian's weekly science update
Read more

“There’s loads of autistic research on women, but it’s written exclusively for research communities,” says Bargiela, a clinical psychologist and design researcher who completed her doctoral research at University College London, specialising in the study of Autism Spectrum Condition (ASC) in women. “My interest is encapsulated in a single experience: meeting a 10-year-old girl who didn’t tick enough criteria for diagnosis, but was clearly autistic,” she says. “I felt a huge sense of injustice. What opportunity was this little girl going to have to tell her stories other than in a clinician’s room – and she wasn’t believed there. She’d just have to go through life believing she was what other people called ‘weird’ but without knowing why. I want to celebrate autism,” she continues. “Some of the autistic women I interviewed are incredibly successful in their professional life because of their dedication to a special interest they’ve pursued, be it in academia, the arts or athletics. We need to appreciate what neurodiversity can offer.”

The easily digestible book explains why doctors identify autism in women so much less frequently than they do men. Studies, Bargiela shows, don’t focus enough on the differences between men’s and women’s cognitive skills, such as women’s generally greater talent for “social mimicry” – or masking – and so miss the ways autism manifests in women. Society, she says, gives autistic people who want to fit in one option and one option only: “Pretending to be normal.”

In her book, Laura, an autistic teenager, says, “There’s a lot more pressure on girls in general to be a certain way, but I think that especially affects girls on the autistic spectrum because we are more different anyway so it’s more difficult for us to be just the same as everyone else.”

It’s only in the past five years that specialists in neurodevelopmental disorders have widely accepted that autism is not limited to boys and men. “There’s a concerted effort to find out what’s happening with women who are getting missed or misdiagnosed.” While a “hot topic” in research circles, the fact that women and girls can even be autistic is still a surprise to many non-specialists. Not just in the playground but – crucially – to the gatekeepers of services for those with autism, such as teachers and GPs. Elaine, a girl quoted in another study, says, “I’ll always remember my special needs teacher saying I was too poor at maths to be autistic.”

“Many people still think autistic people are either non-verbal or have an exceptional skill, like in Rain Man. And, of course, that they’re almost all men, says Bargiela. “The idea that women can’t be autistic is really pervasive.”

Experts now agree that the ratio male:female autism is as close as 3:1, which, the researchers say, “may not change very much across the spectrum or intellectual ability range”. Richard Mills, director of research at the National Autistic Society (NAS), says he “would not be surprised” if the true ratio was one woman on the spectrum for every two men. Dr Judith Gould, lead consultant of the NAS’s Lorna Wing Centre, thinks the ratio could be even narrower, with 1.5 women and girls on the spectrum for every man and boy. Sarah Wild, head of Limpsfield Grange school, Surrey, a state residential and day secondary school for girls with interaction and communication difficulties, including autism and Asperger’s, goes even further. “I genuinely think there are equal numbers,” she says.

Under-diagnosing autism in females matters. According to the NAS 2012 survey, 42% of females had been wrongly told they suffered psychiatric, personality or eating disorders, compared with 30% of males. The survey also found that just 8% of girls with Asperger syndrome were diagnosed before the age of six, compared with 25% of boys. Only 21% of girls with Asperger’s were diagnosed by the age of 11, compared with 52% of boys. Many adult women who took part in the survey didn’t have a diagnosis at all: 10% compared with 5% of males. Many of those adult women had only received a diagnosis because they had analysed themselves and then paid for a private opinion: 14% of females, compared with 9% of males. Even when women are diagnosed, however, their life doesn’t necessarily get any easier. There is virtually no specialist support, academic or otherwise, for girls.

One of the key problems in diagnosing females with autism is that they can present very differently to males with autism. In the words of a research paper on the issue: they pretend to be normal. One of the biggest misconceptions, Bargiela says, is that if you’re autistic, you can’t empathise. “That’s rubbish. A complete fallacy. A lot of autistic women are incredibly sensitive to social situations and the fact that they know they have to mask suggests that they are very sensitive to people’s cues.”

This “masking” or “camouflaging” of their condition involves mimicking (an unconscious attempt) or learning (a conscious effort) socially acceptable behaviour, such as making eye contact in conversation, using pre-prepared phrases or jokes in conversation, copying other’s social behaviour and imitating facial expressions or gestures. People may also learn to consciously speak more quietly or not to stand too close to another person or not to make personal remarks.

Not enough research has been done to determine whether masking is a protective or a harmful technique. It has led to a huge amount of missed and wrong diagnoses of female autism. Added to which, females who mask report difficulties ranging from exhaustion to losing their sense of identity, and camouflaging behaviours have been linked to stress, anxiety, mental health problems and increased risk of suicide.

“I really, really tried [to appear normal] and I kept imitating and copying,” says Jenny, a young woman. “But it’s very draining trying to figure out everything all the time, everything is more like on a manual.”

Gwen, an older woman, agrees: “I was so scared [of socialising] because I didn’t know what to do, so everything I had to learn by observing. It’s kind of like a duck on water. You know it’s calm on the surface but sort of paddling really hard underneath.”

Girls and women with autism are far more at risk of sexual exploitation than boys and men. In one study there was a shockingly high incidence (nine of 14 participants) of sexual abuse, half of which had happened in a relationship. “There’s potential for you copying a guy’s flirtatious behaviour without realising that’s what you’re doing,” says Annalise, one participant. Many women in the study also reported finding it difficult to “read” other people’s intentions and so struggled to understand if a man was just being friendly or was sexually attracted to them.

Some women also reported that their experiences of peer rejection left them “desperate” for acceptance, which in turn made them more vulnerable to exploitation.

And finally, young women’s uncertainty regarding social rules also contributed to risk of abuse: some women in the study had not known that they could say “no” when they had wanted to refuse sex or other people’s advances. One girl abused by an older boyfriend said that she didn’t know she could refuse because she had been told to be polite to her elders.

Society has to change, not autistic people, says Bargiela. “Autism isn’t a disease: there’s no cure and nor should there be. If you’re autistic, you’re wired differently. You can’t change. The dialogue around autism focuses too much on the deficits, but we need people who think differently. We can’t all be extroverts.”

We can buy the book.

I think I will very soon, even if I'm not ok with half the article...


“Though my soul may set in darkness, it will rise in perfect light;
I have loved the stars too fondly to be fearful of the night.”
Sarah Williams
Haut

We can buy the book.